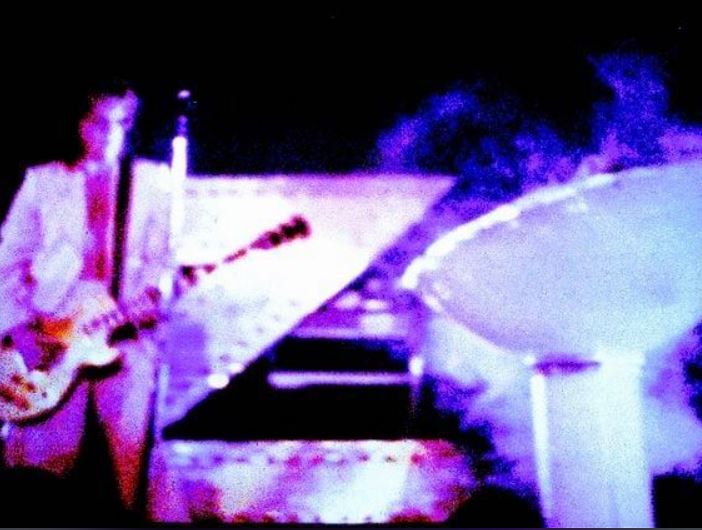 Richard and I have a great respect for producer/musician Todd Rundgren and it was interesting when we were talking about our appreciation of his music and wizardry (A True Star) to learn that Rundgren was one the choices proposed for producing a Zuider Zee album. Rundgren, along with being a singer/songwriter/producer is also an early pioneer of integrating synth sounds into pop music. Something I knew Richard was also doing.

That brought me to bring up the use of stage device I had seen in an image of Zuider Zee playing live. Richard related the following: Up on the stage was a clear acrylic stand which housed a device called a “Synthi-Hi-Fly” and at the time (mid-70’s) Richard, Todd Rundgren and Johnny Winter were about the only ones with one. In essence, it was a guitar synthesizer on a stand that allowed changes to be made while playing rather than having to turn away from the audience to make adjustments. He designed the stand with a heavy base to protect it from tipping and it rose up to a clear half-bowl-shaped podium with a flat top. Embedded in the top was the Synthi-Hi-Fly. Inside the clear podium stand was a small mirror ball, a strobe light and a smoke machine with a fan inside that would push the smoke out of holes cut into the podium. With laser lights hitting the spinning mirror ball and strobes going as the smoke poured out, the top of the podium appeared to be floating in the air like a flying saucer from the audiences view as Zuider Zee rocked.