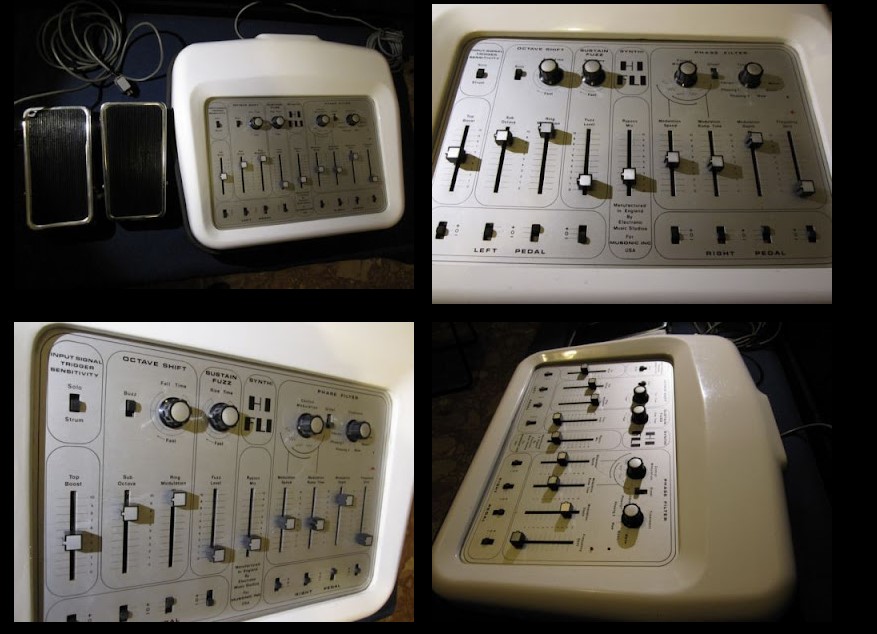 Getting Creative with the Synthi Hi-Fli

Among cutting-edge artists, the Synth Hi-Fli was a multi-effects processor which could be used on vocals, guitars and keyboards to create new sounds. It was designed in 1971 for Electro Harmonix by designer David Cockrell and only 350 were ever made. Among the few artists that used the Synthi Hi-Fli to create sounds for their recordings are Richard Orange, Todd Rundgren, Edgar Winter and David Gilmour (Pink Floyd). At the time, Gilmour recalls the unit being “very, very expensive”.

The Synthi Hi-Fli came with two foot pedals that could be set to control any of the sliders on the unit so the pedal could be used as an expression pedal. An expression pedal being a pedal that moves like an accelerator (up and down) to alter the sound being played. To change the tone on a slider one had to manually move the slider during a song to get to the desired position and use the pedals to alter the sound created.

To keep the effect unit in a position to work with while playing, Zuider Zee had a clear stand made to house the unit and connected it with a fog machine that would fill the stand with smoke as Richard played through it. As spotlights would hit the area of the stand, the fog would change with the color of the light making the unit appear as it was floating in mid-air.

So, what does a Synthi Hi-Fli sound like? Here is a demo video done by a YouTuber who runs through the various sounds that could be produced by changing the sliders.